Boomrat Launch party, EDM Biz Conferences and Expo, a media dinner provided by the LIGHT group at Mandalay Bay, and of course, the Grand Slam of festivals, EDC Las Vegas 2014 – all occurred June 18th-23rd. Electric Daisy Carnival: which by now, is a house hold name, drew a sold out show of 400,000 fans over a course of 3 dusk till dawn days.

This past year, we here at AZ Weekly have covered EDC Puerto Rico, Orlando, and New York, but nothing could prepare us for Las Vegas. The roaring energy kicked off on day one as we entered the gates. As the sun set, the thousands of taxis, shuttles, and cars poured in, filling every crevice of the landscape that was, EDC. Carnival rides lined the interior of Las Vegas Motor Speedway, performers dazzled onlookers as they walked by on stilts, and thumping beats filled your chest from all angles. For 12 hours a day, three days in a row, people got an escape.

Whether it was from student loans, your boss at work, or any stresses that one might have, those problems didn’t exist. What did exist was an experience on a magnitude so high, you had to be there to understand.

At the main stage named ‘Kinetic’ the design resembled a cathedral with two massive owls with a grand wing span. Between every Dj transition, spectators were delighted to a theatric show on the stage through the use of LED panels, laser shows, pyrotechnics, water fountains (think Bellagio) and of course, an incredible firework display.

The diversity of stages provided attendees a variety of music, so there was something for everyone. We came across a woman who had gone to EDC 6 times in a row, when I asked her why does she continue to go every year, she responded, “I love the progression the event itself has gone through. The music, the stages, and the lifelong friendships that are formed here, it will keep me coming back.” While EDM receives its due credit with the music now charting on Top 40 radio and being the biggest thing since sliced bread, the scene itself can be diffused by bad media publicity just as the rock and roll age came to be in the 70’s. The new generation of festival goers are a part of a movement that not much know about and onlookers are quick to judge based on attendees flashy outfits and unfortunate publicity of stimulants that give the rave scene a discerning image.

Truth be told, these massive festivals are booming and are popping up across the globe. The question is why? The answer lies within us. As the days go by, more and more people save up to get away and escape from the bad news we see every day on TV or hear about through social media. Music has always been about expression. The connection between humans through music is unparalleled. YouTubing ‘EDC’ will show you just how connected music brings us together.

As 2014 EDC Las Vegas came to a close, we walked out as the sun rose, with the sunlight hitting our glimmering eyes and watching people dance off in the distance, it was simple to appreciate why this event sold out before any artist announcement ever occurred; because no matter what happens in the world, we have each other and we can put trust in one another. Together in unity, music bonds all of us, no matter what genre of music you’re into. If you have not had the opportunity to go to EDC, consider it, as it will probably be one of the most fun things you can do in your lifetime. 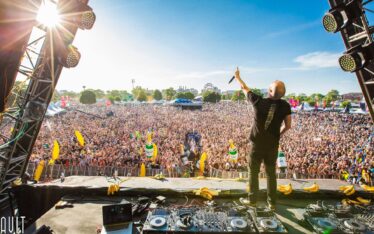 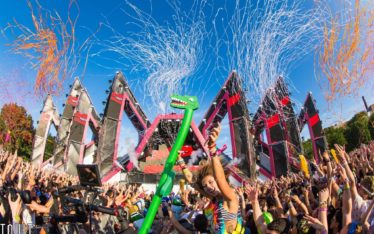